A friend of mine sent me a mail and told me to write a post on the type of women men should avoid dating or marrying.
When it comes to romance, Christian men face a somewhat peculiar set of circumstances due to the dynamic of faith involved. So, here, in no particular order, is a list of Christian women one should not date or marry. Keep in mind that you may find a woman that fits more than one category. It doesn’t matter, though. Strike one and she’s out …

A prude is one that is too easily shocked and disapproving of things connected with sex. Yes, there are ladies like this out there. Avoid her. If talk of marriage comes up between you and a Christian woman, you and her will eventually have to deal with Sex. The prude sees sex as evil, defiling, a chore and strictly just a means to have children.
Telltale signs: Has positive things to say about romance, married life, etc. but has nothing positive to say about sex in general.
Scriptures: Proverbs 5:18-19; Song of Solomon; 1 Corinthians 7:1-7

You are the stand-in to make her dreams happen. There are plenty of men she could have substituted for you, especially the ones that she always fantasizes about. It just so happens that your number was up and no one else better was available. Have favourite part of the Bible says that men are the ‘Providers’. She doesn’t love you for your character and she will not marry you simply for companionship. No, she will marry you simply because you are ambitious and will make her affluent and take her to the very top.
But, you may actually want what she wants. Both of you are doomed to failure because your happiness is based on externals, though. When you do “arrive,” you’ll both feel empty because there is nothing left to look forward to. If you allow this woman in your life and she objectifies you as a success object, you’ll have no one but yourself to blame. Look at the old men in your church sitting next to their scowling, discontent wives. That’s your future, darling.
Telltale signs: There is a detectible change in her demeanour when you tell her what your occupation is.
Scriptures: Luke 12:15; James 4:13-17; Hebrews 13:5

This lady has made some stupid choices in her youth, especially passing up responsible (yet boring) guys like you for more exciting prospects. But now that she’s divorced, broke, has children, and/or has a body that doesn’t turn as many heads as it used to, she graciously says “hi” to you. She sees you as, Mr. Fix-it. She has the problems; you are the solution. A woman like this needs to learn to take responsibility for her own life before asking someone else to do so. If you pursue a relationship with her, do so with extreme caution.
Telltale signs: The woman in question is usually over thirty years old and often accompanied by small people that share her genes (but definitely not yours).
Scriptures: Galatians 6:7-8 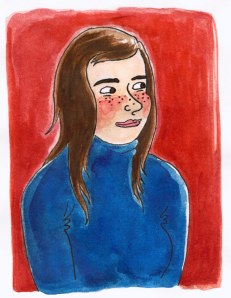 She’s not deep into theology or actually figuring out what the Bible teaches. Religion is more of a “personal,” “experiential,” thing for her. Run from her. Sooner or later, she might think the Spirit led her to ignore Matthew 5:32 and dump you for the Bigger Better Deal.
Telltale signs: 1) She says, “I feel God is leading me to [do whatever seems pleasing to her at the moment] …” 2)Her eyes glaze over in Bible study. 3) She thinks you are legalistic when you draw the line against false doctrine and sin.
Scriptures: Matthew 7:21-27; James 1:22-25

This lady is the extreme opposite of the Pietist. This chic can quote scriptures and actually put up an argument over doctrine. But she is backstabbing, controlling, hateful, derisive of other people’s weaknesses and struggles, and unconcerned about those less fortunate than her. Remember, even the devil can quote scriptures, and you might end up living with her.
Telltale signs: She sounds like she could written one of the articles for those “brotherhood” magazines that nobody reads except for the writers themselves.
Scriptures: 1 Corinthians 13:1-13; Romans 12:9

If she says anything demeaning about men and/or plays the Sisterhood Victim Card then run.
Telltale signs: (1) She’ll show her colours early on when she gets you involved in a pseudo-intellectual discussion on the evils men have perpetuated against women. (2) She says, “I’m not a feminist, but …”
Scriptures: 1 Corinthians 11:8-9; 1 Peter 3:1-6 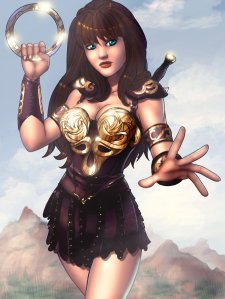 The warrior princess makes it known publicly that she is strong, independent and doesn’t need a man in order to be happy (as if anyone was truly concerned about that). She has a mile-long list of qualifications for any man who dares to take her on. She won’t compromise. Period. Since “compromise” is not in her vocabulary, marriage would obviously be a great inconvenience to her. Don’t make her a martyr. Make her happy. Oblige her by running the other way (if you don’t want to be stabbed, try not to laugh when she then complains about “not being able to find a good man.”)
Telltale signs: Don’t worry about the signs. She’ll let you know up front what kind of woman she is.
Scriptures: Proverbs 26:5

Remember Samson? He was anointed by God with superhuman strength, but he lost his power when a seductive woman figured out his secret and gave her man the world’s most famous haircut. Like Delilah, a woman who hasn’t yielded her sexuality to God will blind you with her charms, break your heart and snip your anointing off.
Telltale signs: she dresses provocatively, flirts with other guys, posts sexually inappropriate comments on Facebook or tells you she’s OK with sex before marriage, get out of that relationship before she traps you.
Scriptures: Proverbs 7:10

The Lady from the Movie “Fatal Attraction”

Have you watched ‘ Fatal Attraction’? It’s a movie (featuring Michael Douglas, Anne Archer and Glenn Close) about a happy married New York attorney who engages in a one-night stand when his wife and child are away. The woman refuses to end the affair and subsequently terrorizes the attorney and his family. Unfortunately, religion attracts some really unsavory types. Yes, the previous categories are not relationship material, but the women in this last category are positively dangerous. We are talking about serious emotional and mental problems, here. If you detect any screws loose in your beloved, realize that she does not need a relationship as much as she needs professional help.
Telltale signs: Disturbing anti-social or deviant behaviour.
Scriptures: Like seriously, do I really need to give you scriptures to keep you from getting yourself hacked to pieces?

Conclusion
If you manage to avoid these women, you will be happy or at, the very least, you will be less miserable in marriage. Yes, I am aware that if you follow this list, you will probably eliminate 99.9% of the women in your church community from consideration for a long-term relationship. Come, my friend, sit with Solomon and declare:
“I find more bitter than death the woman who is a snare, whose heart is a trap and whose hands are chains. The man who pleases God will escape her, but the sinner she will ensnare.
“‘Look,’ says the Teacher, ‘this is what I have discovered: Adding one thing to another to discover the scheme of things — while I was still searching but not finding — I found one upright man among a thousand, but not one upright woman among them all.’” (Ecclesiastes 7:26-28, NIV)

Dedicated to my Brothers…in and out of Christ.