She is watching the evening programme on Disney. Her parents are not yet back from work and her younger brother is already asleep. Her eyes keep drifting shut. She should go to bed. The house is big and silent. She rises slowly from the sofa and turns off the TV. She ponders on the silence and how much she hates it especially when her parents are not around.
She arms the security, as directed by her dad, and moves towards the staircase, towards her bedroom. The room is unbearably warm. This won’t do. She needs cooler air to sleep. She switches on the fan and opens all the windows. She strips off her clothes without turning on the light. Outside, she can hear cars going by and distant murmur of voices.
She pulls down the comforter to the foot of the bed. Clad in a silky pink nightgown, she finally slides between the sheets. She sighs and in a minute, she falls asleep.
A sound wakes her. She doesn’t know what. She blinks her eyes, disoriented, then sees a figure at the foot of the bed.
‘Daddy’, she murmurs sleepily. No answer. The figure moves towards the bed.
‘Mummy’, she asks again. More alert as she sees a tall figure, so unlike her parents’, at the foot of the bed. She scrambles out of the bed but doesn’t make it far as the man grabs her by the hair. Her neck snaps back. She cries out but the sound is muffled. She tries to scream, but she can’t. Her throat won’t work and all that comes out is a gasp. The man pulls her by her hair, back to the bed.
Dear Lord, she is thinking, help me.
The man throws her down on the bed. She tries kicking out her feet but somehow he has her ankles in his hand. Frantically, she beats at his head, but her futile efforts don’t seem to bother him at all. Then he draws back his other hand and smacks it across her face.
Her head whips to the side as her cheekbones explodes and her eyes well up. Before she can recover, he smacks her again. Her lips splits. She tastes the salt of her own blood as tears roll down her face.
He has something looped around her wrist and then he straddles her body and though she is sure she is struggling, he has her hands and feet tied up to the bed.
She is crying openly now, horrible, heaving sobs. Her body strains against the ties as she twists and heaves. Nothing. She is caught. She is vulnerable. She is helpless. She knows what is coming next.
He unrolls a strip of material and stuffs it into her mouth as a gag. He yanks her nightgown from her body and clink of metal resounds in the silent room as he unfastens his belt and undoes his zipper. She the soft thud of his pants hit the floor.
The bed sags, his weight descends and then his hand brutally snaps around her neck.
Darkness comes quickly. In her mind she screams, but nobody hears the sound. Reality is suspended and she does not recall what comes next… 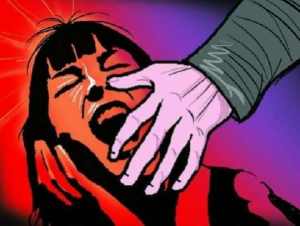 This is not fiction. This is Rape.
This is a crime of violence that can happen to anyone- women, children and even men. It has no justification whatsoever.
I am dealing with child rape in this post because of the prevalence in our society. We hear about it constantly on the radio and read it the papers. What is our world turning into?
Children are extremely vulnerable in every way and rapists exploit this vulnerability for their own ends. Sadly, we all have consciously or unconsciously created an environment where there are abusers. Most adults are unaware or totally unwilling to create an environment of accountability around our children. Our environment breeds these monsters who spin a web of manipulation and lies around a child. Children cannot protect themselves and rarely tell about rape. These abusers are almost always people in positions of trust who know the child. They are master manipulators who disarm with a façade of generosity and kindness. They manage to convince the kids they abuse that they have done something wrong and they cannot tell anyone or else God and their parents will not love them anymore. They even threaten to harm the child or a family member if they tell. The unfortunate kids are now manipulated into silence. 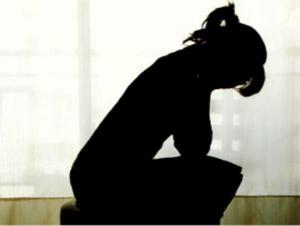 As parents and adults, we must teach kids that they have the right to talk about anything that affects them. Teach them that their bodies belongs only to them and that the parts of their body covered by underwears are NOBODY’S business. Let them know that they do not need to hug, kiss or sit on the lap of any adult they don’t want to. Teach them CONSTANTLY that kids do not have secrets and that not only strangers can be dangerous (family or close friends can be evil too). Teach your kids to tell if something happens and should keep telling until someone takes them serious (shame on those who don’t take their children seriously). Please, teach children the actual words for parts of their bodies. I have seen what calling breasts ‘oranges’ can do. The young girl kept saying ‘Uncle ate my orange’ and nobody figured the ‘orange’ in question was her breasts until serious damage had been done.