At the Foot of the Cross

A lawyer moved into a new community, hung out his shingle, and buried himself in his new practice. In the morning and evening, townspeople would watch him walk alone to his practice. His head would hang, his shoulders would stoop, and always there was an expression of sadness and sorrow upon his face.

One day the lawyer did manage to confess to a Christian artist that when he was just starting out, he had committed a grave error. Yesterday’s sin was still stalking him, even now.

The artist listened. He gave no guidance or suggestions — at least, not then.

Weeks later, he did invite the lonely lawyer to see a new painting at his studio. The attorney arrived for the viewing and was led to a portrait displayed by the window. There he saw a picture of himself. It was himself, but it was different. In the picture he was standing with his shoulders back, his head lifted up, and a look of hope was shown in his smiling face.

Behind him, in the background of that picture, was a hill and on that hill was an empty cross. At the foot of the cross had been placed — along with many others — a great, heavy package. 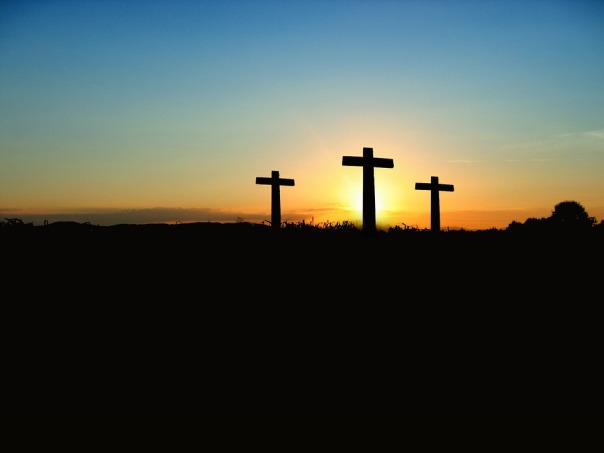 Evidently, at least according to the artist’s intentions, he left his burden at the cross and found something there that had changed him, that made him a new creation.

The artist explained what he painted. He pointed out the other packages. They were, he said, packages filled with the sins and worries of others. One of those packages, he didn’t say which, had been his. The other boxes belonged to other Christians. They too had left their packages at the cross.

The artist concluded his one-man exhibition by sharing when Jesus is your Savior — when your sins are washed away — you become a new creature.

Then the artist left, leaving the lawyer some time to contemplate the picture. Was this how God wanted him to look? Could he really leave his burdens at Christ’s cross? Would it be possible? And to all those questions, God answered, “Yes.” Yes, he could look different. He could be different. His sins could be left at the cross.

This was more than a possibility. It was a reality. That man, by the power of the Holy Spirit, had become a new creature.

Are you a new creature?